Public Dialogue as a Platform for Solving Post-Crisis Problems 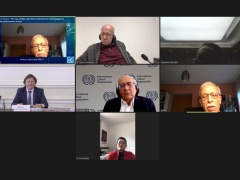 Yousef Gellab, the Head of social dialogue at the Department of Governance and Tripartite Cooperation at the International Labor Organization, is convinced that only together can we overcome the pandemic's consequences — no country will overcome the crisis on its own.

“Public dialogue is the main platform for solving all problems and shaping policies in the post-crisis period. Developed global instruments of support for workers play an important role in overcoming the crisis, providing training programs for new personnel and developing common policies within the region and the country to overcome the crisis”, he believes.

He invited the webinar participants to present their countries' experiences and solutions during the pandemic to reflect, analyze, and replicate these experiences further.

Gonzalez de Lena, the Secretary General of the International Association of Economic and Social Councils and Similar Institutions, agrees that it is necessary to create cross-national response programs and share experiences: “We are not alone in difficulties: different countries have many similarities, but there are also differences in the depth of difficulties and the way our economies are developing.”

The expert pointed out that problems arise in the same social groups — women, people with low levels of education, vulnerable groups, and challenges manifest themselves in both social and economic spheres.

“These social groups must be the focus of attention. We can develop a common policy regarding the development of the labor market, insurance, etc. Using regional and country experiences, we can integrate them into global practice. There are two options for this kind of dialogue: overcoming the crisis in the labor market and the development of measures for further economic development and economic recovery – in these moments, cooperation is essential,” he says. 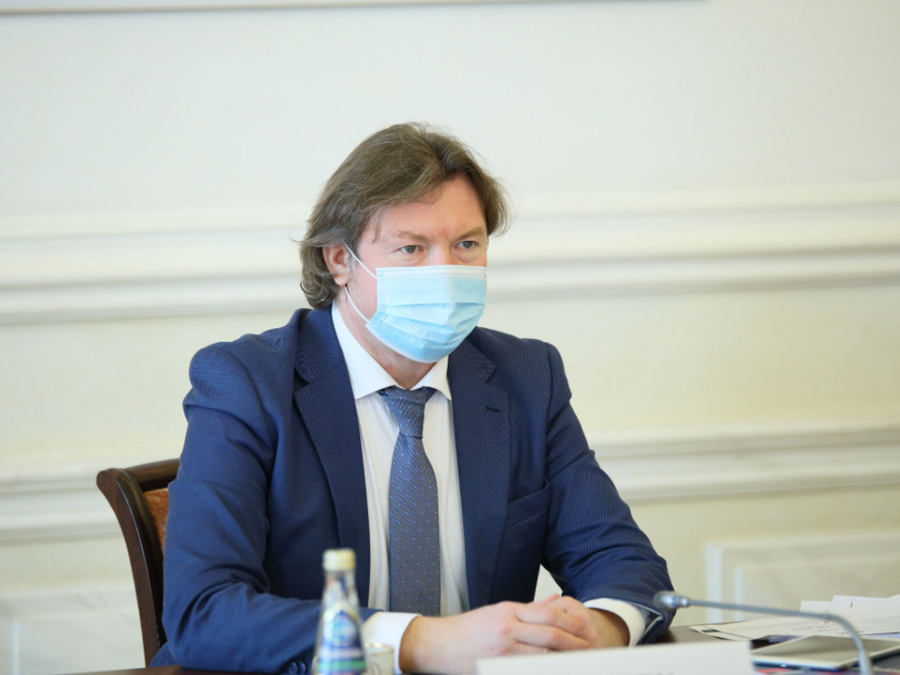 The coronavirus pandemic has become a civilizational challenge for humanity, a test for all countries on the effectiveness of public administration and the maturity of civil society, social partnership, and social cohesion, said Sergey Rybalchenko, the Chairman of the Civic Chamber Commission on Population, Protection of Family, Children and Traditional Family Values.

“A year ago in Russia, as elsewhere in the world, the authorities had to implement protective and restrictive measures on an unprecedented scale in the face of a large information deficit. In conditions of uncertainty, we had to solve the issues of supporting the population, the economy, small businesses, with the temporary suspension of work of thousands of companies, the transfer of a million workers, students to distance mode, preventing the collapse of the health system, etc.,” he recalled.

According to Sergey Rybalchenko, work to support families with children was of particular importance. It was so coincidental, he said, that new support measures were adopted on the pandemic's eve — benefits for families raising children under the age of three. During the pandemic, these measures were extended to all families regardless of income level and paid out between April 1 and October 1, 2020; payments also affected children ages three to seven — more than four million families received such support.

Rybalchenko called monthly payments for each child under the age of three unprecedented measures of support; in April-June 2020, five million children received such assistance. One-time payments to families raising children between the ages of three and 16 years — 22 million children received them. He also mentioned an increase of the minimum allowance for a child's care under the age of 1.5 years from June 1, 2020.

Special measures, he says, were taken concerning the unemployed, whose number increased fivefold during the pandemic — the social support measures adopted allowed to overcome the situation with minimal losses: “At the initiative of the President of the country, the minimum amount of temporary disability benefits in the amount not less than the minimum wage — such assistance was directed to more than two million workers from March 1 to December 31 last year.  Besides, the minimum and maximum unemployment benefits were raised, and additional benefits were paid for workers with children.”

Also, a member of the Civic Chamber of the Russian Federation spoke about such an innovation as an electronic digital platform for the self-employed: to date, two million people are registered in this system, which provides a facilitated way of working and tax reporting. 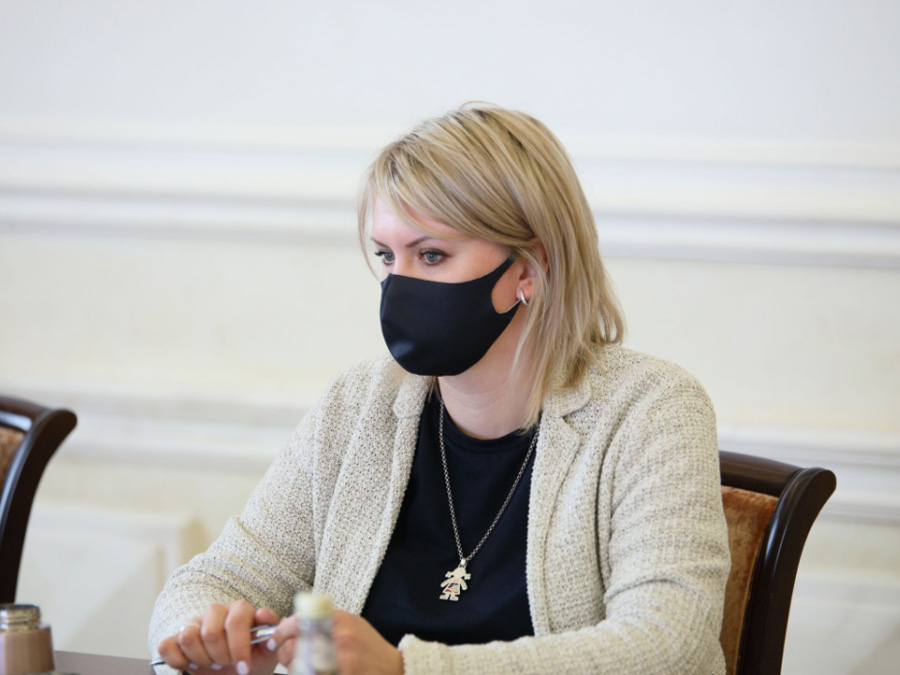 Yulia Zimova, the Deputy chairwoman of the Civic Chamber Commission on Demography, Protection of Family, Children and Traditional Family Values, told her foreign colleagues about the #WeTogether campaign in Russia, in which volunteers, non-profit organizations, the Russian Civic Chamber, and the All-Russian People's Front took part.

“In a few days, a call center was opened, a mobile app where people could leave a request for help or offer their help was created,” she shared. — All the public organizations joined together. Volunteers delivered food and medicines to the elderly, informed about support measures, provided psychological support, and assisted doctors and doctors' families, including transportation. In all, more than six million people have been helped.”

According to Yulia Zimova, over 187,000 volunteers have taken part and continue to do so.

Representatives from the People's Republic of China and the Republic of Korea — countries that also emphasize public dialogue — shared their working and decision-making experiences during the pandemic.

In summarizing the event, experts noted commonalities in different countries' policies to deal with the pandemic's consequences, focusing on combating inequality and overcoming social tensions that arose during the pandemic. They also noted the need for cooperation at the international level between governments, intergovernmental organizations, international organizations, and social institutions. The organization of such a public dialogue will contribute to the process of economic recovery, the discussion participants are convinced.