These include public diplomacy, patriotic education, inclusive practices, the arts 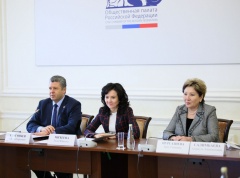 On March 2 in the Civic Chamber of the Russian Federation, a round table discussion on the “Interaction Issues of the Civil Society of Russia and Kazakhstan” was held within the framework of the Civil Alliance of Kazakhstan (CAK) delegation's visit to Moscow.

Lydia Mikheeva, the President of the Civic Chamber of the Russian Federation, drew attention to the rapid development of the non-profit sector both in Russia and Kazakhstan. She noted that the third sector plays a huge role in providing social services in the Russian Federation. NPOs are becoming partners of the state in solving social and environmental problems, organizing cultural space, and implementing educational projects. The Civic Chamber is trying to support non-profit organizations in every way, helping them build a dialogue with public authorities, she assured. 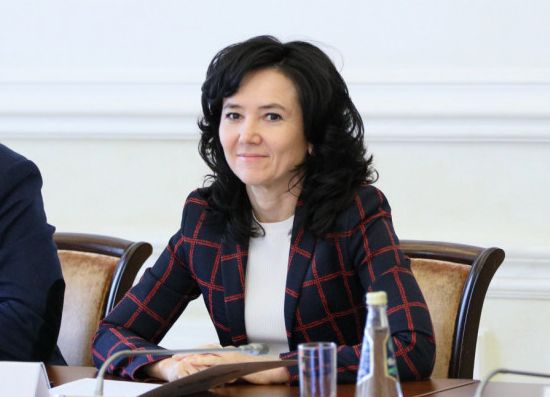 Lydia Mikheeva singled out successful examples of cooperation in the context of cross-border cooperation between organizations of Russia and Kazakhstan, especially emphasizing the activity of regional NPOs, and expressed hope that the meeting will give another impetus to the signing of new agreements on cooperation and implementation of new projects between non-profit organizations of the two countries.

“I believe that the necessary conditions for further development of major joint projects in the public sphere are generally in place today. Institutionalization of cooperation and the formation of common approaches to the issues relevant to our countries will be promoted by a bilateral Forum of Civil Initiatives, to be held in 2021 in Nur-Sultan. We are ready to take an active part in its organization and conduct,” she said. 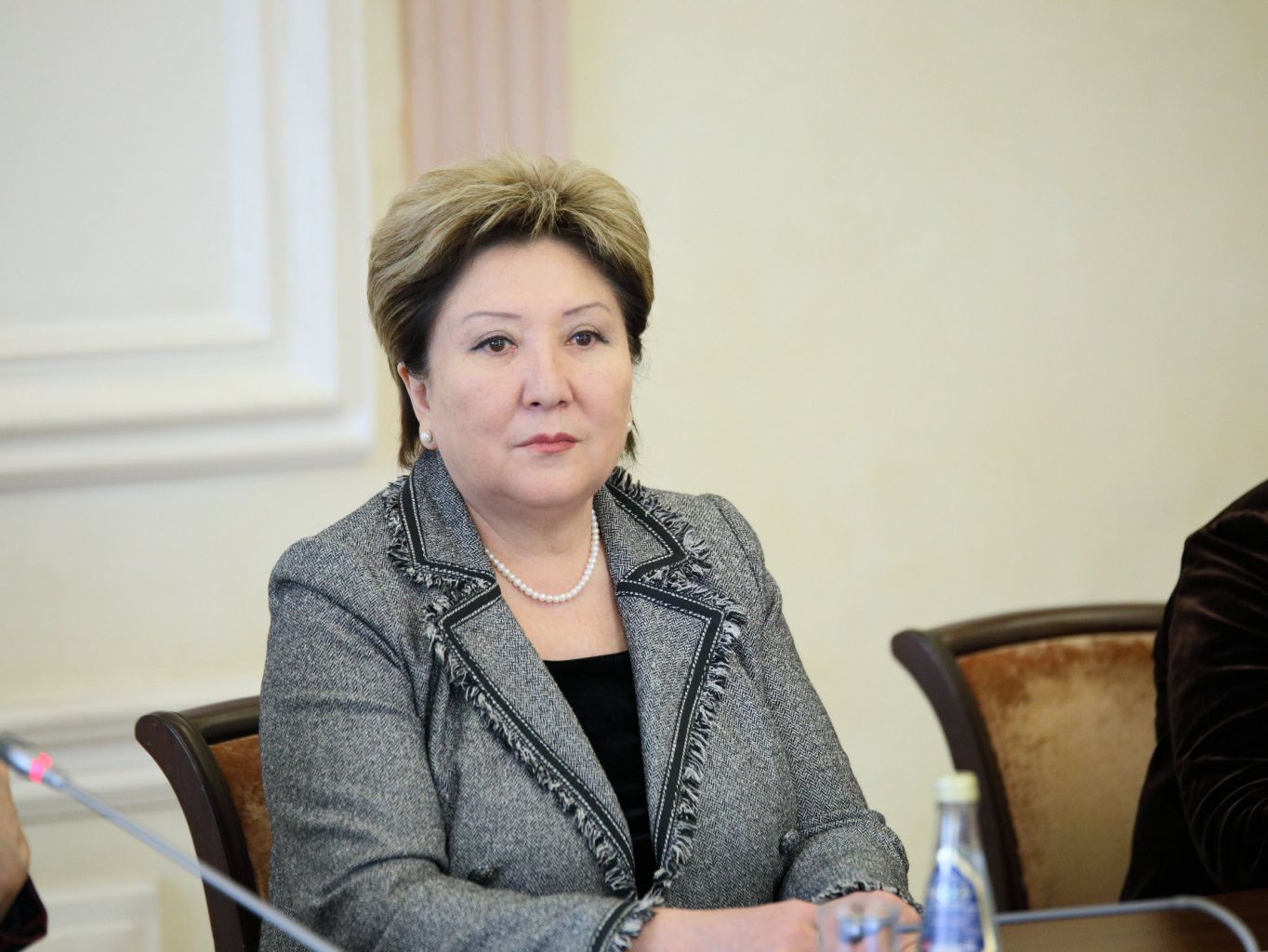 The Civil Alliance of Kazakhstan has brought together over 3,000 NPOs from all regions of the country, many of which cooperate closely with Russian NPOs on the border, said Banu Nurgaziyeva, the President of the CAK.

“In 30 years, the third generation of NPOs has already grown up, now covering all new areas of public, social life. What is a non-profit organization? It is created at the initiative of individual citizens who want to engage in a specific niche to protect certain categories of citizens' rights and interests, especially the socially vulnerable. And the task of the Civic Chamber of the Russian Federation, the Civil Alliance of Kazakhstan is to bring these initiatives to the authorities and to find the right solution,” she says.

Noting the importance of cross-border cooperation, Banu Nurgazieva reminded us that Russia and Kazakhstan are united by a common history, common roots, a common victory in the Great Patriotic War. 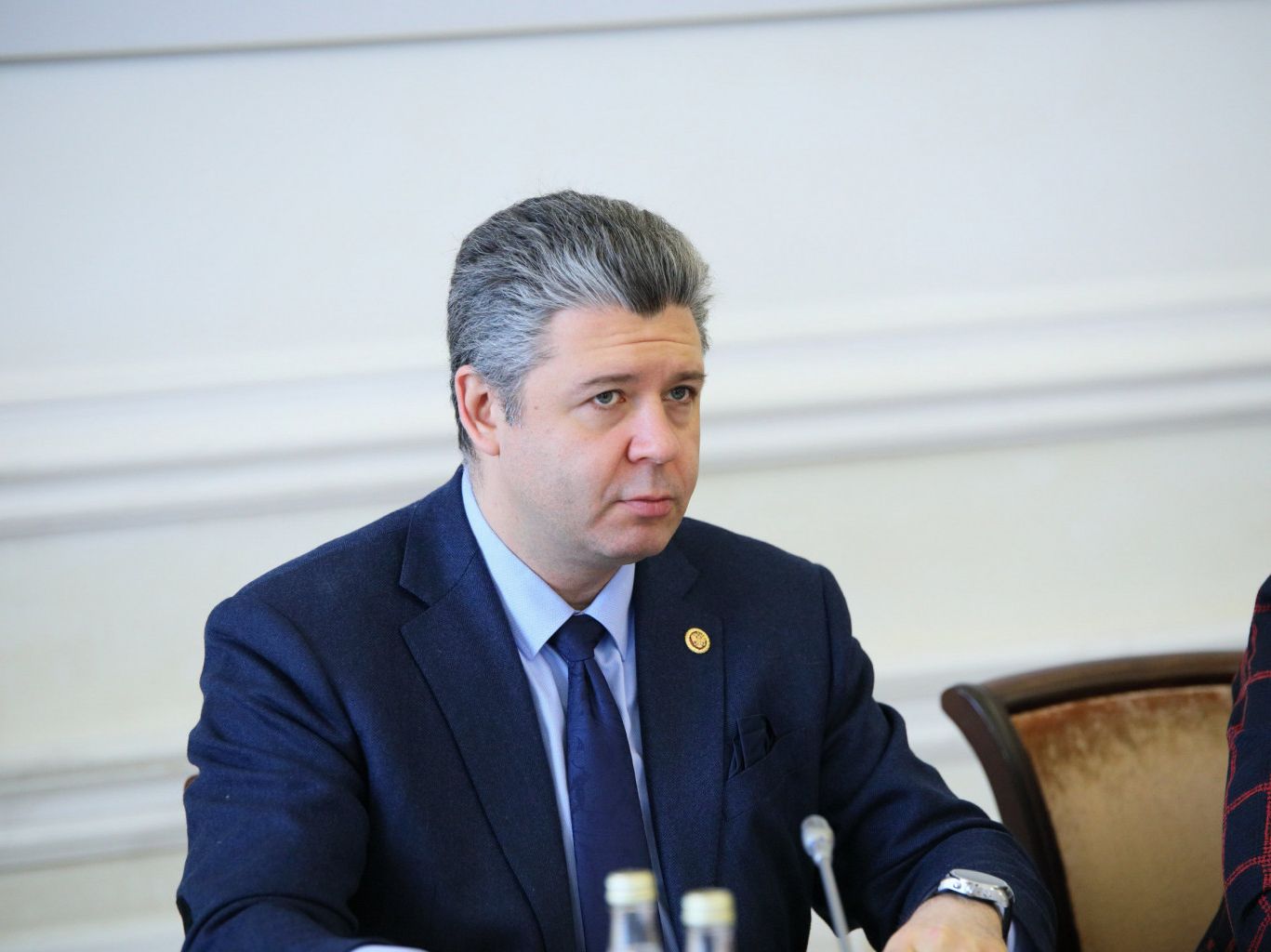 Maxim Grigoriev, the Chairman of the Civic Chamber Coordination Council under the Civic Chamber on Public Oversight over Voting, noted that the Russian civil society is following with great interest the large-scale program for modernization of the country, including political modernization, implemented in Kazakhstan: “It is the reduction of the threshold for establishing political parties, a 30% quota for women and youth in the electoral lists, introduction of parliamentary opposition institution, transition to elections of rural mayors.”

Maxim Grigoriev expressed the hope that the events taking place during the Civil Alliance of Kazakhstan's visit to the Civic Chamber of the Russian Federation will launch a new program of interaction between the civil society of Russia and Kazakhstan. 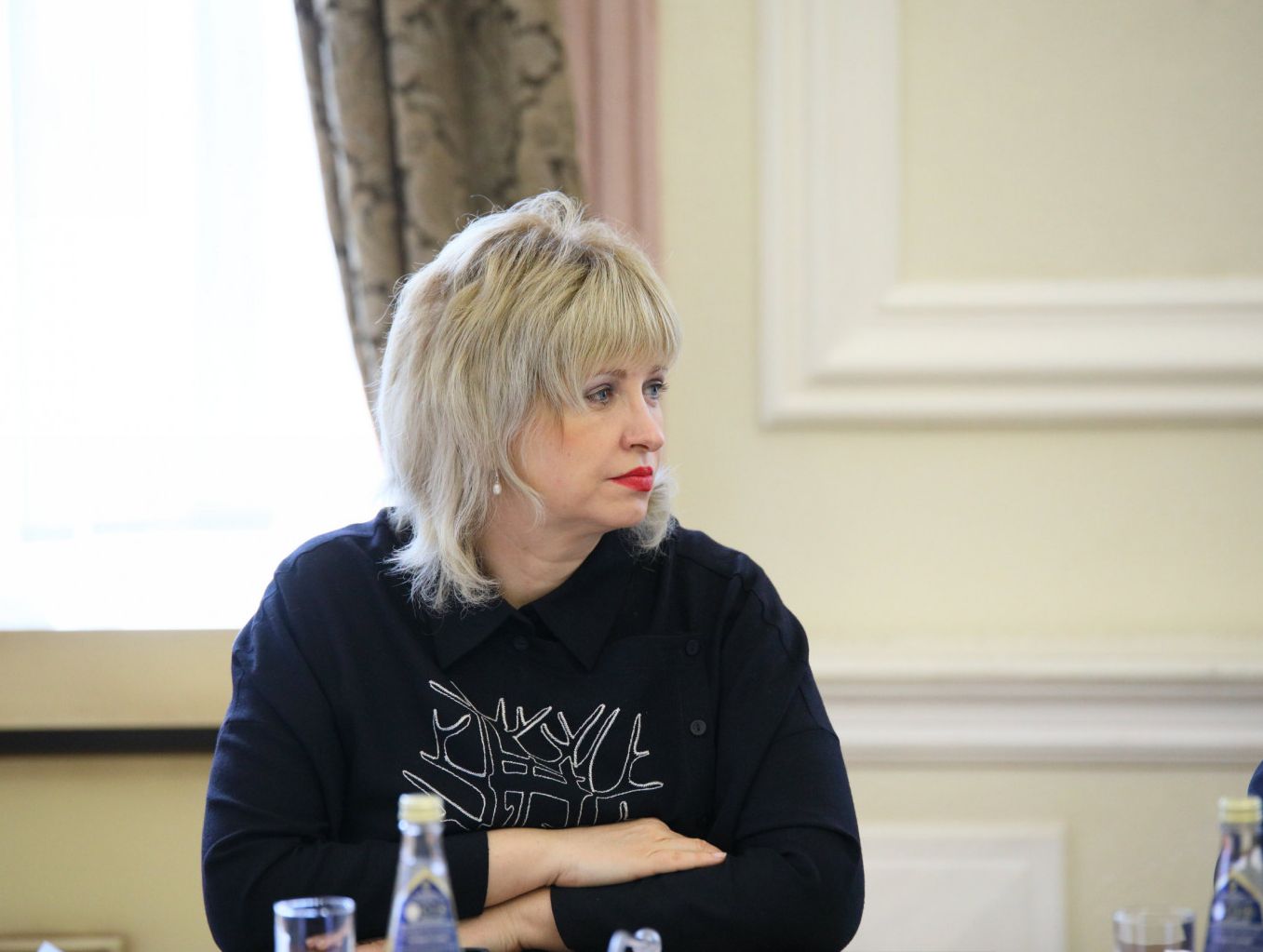 Elena Tsunaeva, the Chairman of the Civic Chamber Commission on Youth, Volunteerism and Patriotic Education, shared her vision of possible cooperation with Kazakh colleagues. She stressed the importance of work with youth, including their involvement in volunteer activities: “We have already spoken here about the common military past — this is where the work on patriotic education is carried out. The common past is our present friendship, and young people must be aware of this common past, regardless of any roughness in today's relations.” 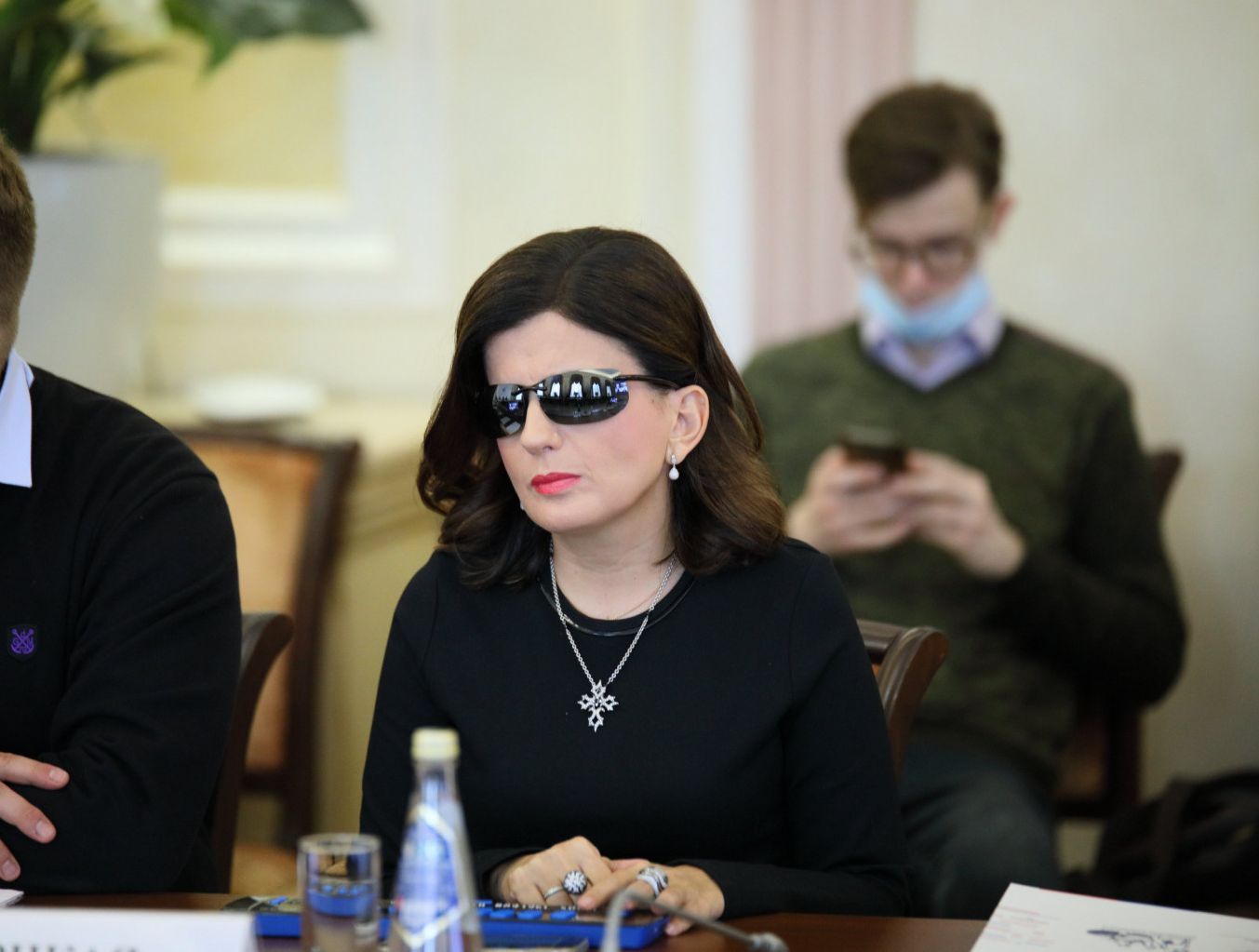 Diana Gurtskaya, the Chairman of the Civic Chamber Commission on Accessible Environment and Inclusive Practices Development, among possible areas of cooperation identified the development of cultural ties and exchanges and proposed to hold the qualifying round of “White Cane” festival in Kazakhstan, which is held for talented children and teenagers with visual impairment: “Every year mega-talented children from CIS countries come to us on the gala concert of the festival, many times talented children from Kazakhstan also came. We would be thrilled to invite our friends to the gala concert this year as well.”

Another critical area of cooperation is forming a common, inclusive space for citizens with disabilities, including the development of inclusive recreation for children and adolescents, says Diana Gurtskaya.

“Today, the issue of creating conditions for inclusive shifts in children's centers and camps is under the President's control. I am proud to say that inclusive shifts are already being implemented by the foundation ‘At Heart's Call’ together with the ‘Orlyonok’ centre. I emphasize that it is not just about creating an accessible environment on the campsite but also about developing inclusive educational and recreational programs. It is about highly qualified staff, it is about working with parents, and much more. We want to have more inclusive recreation centers for children all over the world, and we are ready to exchange inclusive shifts with our colleagues from Kazakhstan,” she shared.

Speaking about the cooperation of the Russian-Kazakh borderland during the period of restrictions, Konstantin Pogorelsky, the Executive Director of the Expert Club “Ural-Eurasia” (Sverdlovsk region) noted that the public filled the lack of interaction that existed among the authorities, but the pandemic became a serious obstacle to the interaction development. Therefore, once the restrictive measures are lifted, cross-border cooperation between NPOs should be intensified and systematized.

Yulia Ogloblina, the Chairman of the Civic Chamber Commission on Development of Agricultural Sector and Rural Areas, reminded that the Russian Union of Rural Youth had been running the intellectual game “Beginning Farmer” for the young agrarians for several years. Only one Kazakhstan team entered the international stage of the competition in 2021, Ogloblina said. “I would like to see a broader national stage in Kazakhstan, involving teams from every region, especially since the winners will be sent on international training courses in the agricultural sectors of the participating countries to share new technologies and practices for opening peasant farms.”

She also told about the new Russian-German project to support scientific developments in the field of agriculture and suggested the Kazakh colleagues to think about cooperation in this direction. 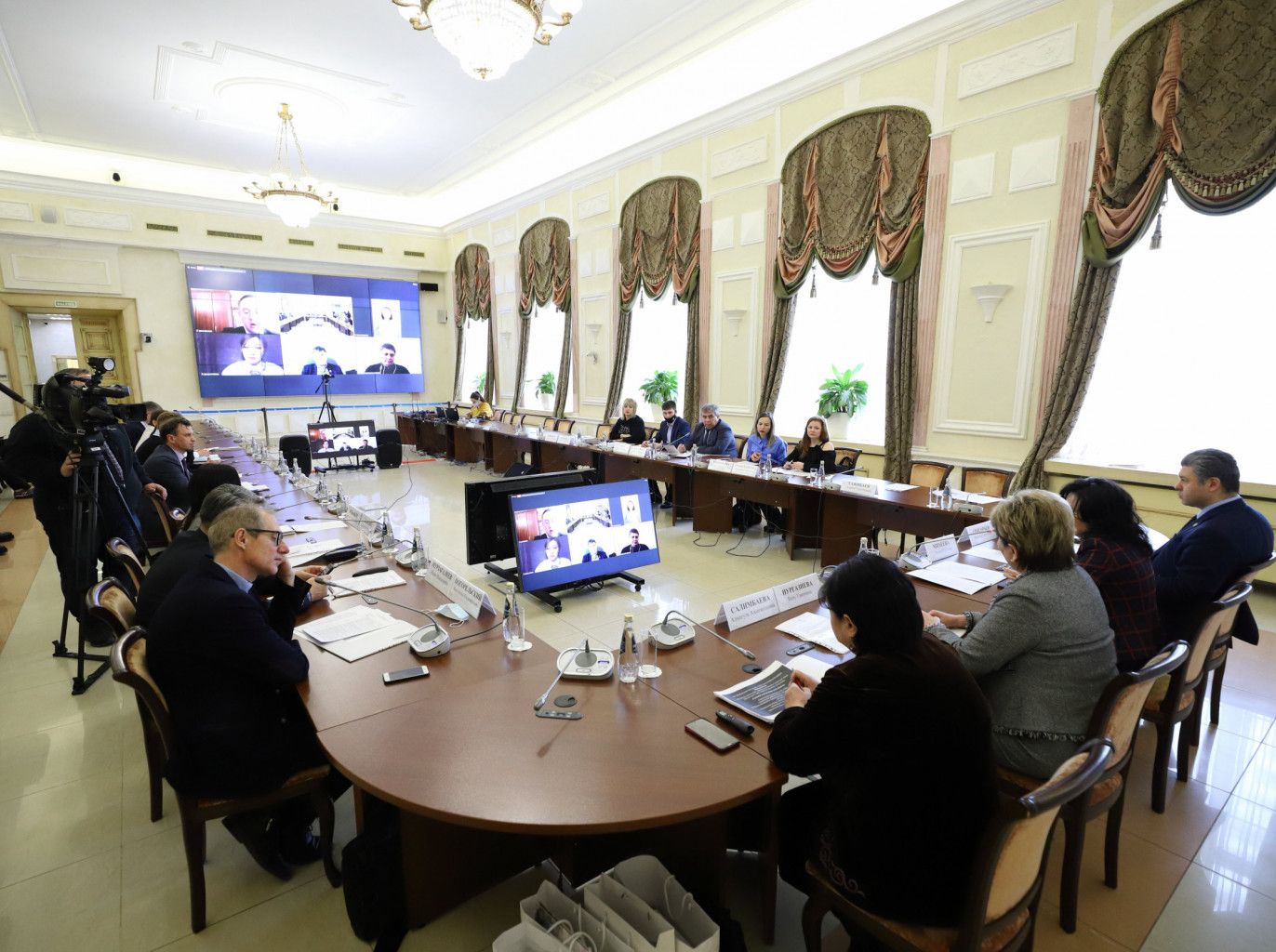 Dmitry Kubankin, the Member of the Civic Chamber Commission on Culture Development and Preservation of Spiritual Heritage, voiced the Commission's proposal for cooperation: “In the sphere of cinematography, we could organize exchange days of Russian-Kazakh cinema. In the field of exhibition activity — in the direction of work of historical schools in the Russian Federation with the attraction of students and young researchers from the Republic of Kazakhstan to participate in their work. Non-profit organizations, among others, can be actively involved in these areas.”

As a platform for regional cooperation, he suggested participation in archaeological excavations and a large-scale historical reconstruction festival, which will be held in 2021 in the Saratov region, one of the bordering territories.

The Director of the Information and Analytical Center “Eurasian Policy Institute” (Kokshetau), Maxim Kramarenko is convinced of a complex approach necessity in the development of dialogue between ethnic groups living on the territory of Russian-Kazakh borderland: “If we went on the way of interaction systematization, launched a long-term project, full of various events, it would improve the state of our relations on the borderland.”

Dinara Utebayeva, the Director of Public Foundation Civil Alliance of Kostanay Region “GrIn” (Kostanai), noted that at all the platforms, public activists from Russia and Kazakhstan draw attention to the problems that need to be solved on both sides of the border, in the field of ecology, culture, education, science, tourism, and sports, business. Financing problems often hamper the implementation of joint projects, the expert said.

“It is necessary to promote programs of state support of cross-border projects; it is even possible to promote the initiative of signing an international agreement at the level of the Ministry of Information and Public Development of the Republic of Kazakhstan and the Civic Chamber of the Russian Federation,” — said Dinara Utebayeva.

Albir Krganov, the Deputy Chairman of the Civic Chamber Commission on Harmonization of Interethnic and Interreligious Relations, praised the efforts of the state authorities and muftis of Kazakhstan to implement national and religious policies, one of the key results of which was the summit of world religious leaders.

He also reiterated that it is necessary to talk about the common victory in the Great Patriotic War on both sides of the border.

“In 2020, the parade was attended by servicemen of the CIS countries; this event had a great resonance — this is how we bring up patriotism and friendship of nations, our citizens,” says Albir Krganov. “Within the framework of the Silent Echo of the War project, dedicated to perpetuating the memory of World War II heroes, 13 memorial chapels have already been installed. Now, on our initiative, a monument to Muslim servicemen will be opened in a Caspian town, to which we intend to invite representatives of the CIS countries.”

The participants of the event spoke about specific projects implemented within the framework of cross-border partnership. The Head of the North-Kazakhstan branch of the Association of Russian, Slavic and Cossack Organisations (Petropavlovsk), Vladimir Vitchenko shared the experience of the project “Dialogue of youth: Russia − Kazakhstan,” which includes bilateral training of delegates, holding various events, and expressed readiness to take part in other initiatives, for example, he believes that it is necessary to increase the representation of young people in the legislative bodies: “There are 660 people in our Association of young deputies, who came to legislative bodies of all levels in the Republic of Kazakhstan. This is an area that needs to be strengthened.”

Anzhelika Trapeznikova, the Executive Director of the North-South Center for Development of Information and Academic Relations with the Caucasus Region, said that the Caspian School of Volunteering “Meridians of Goodwill” project had published a series of video interviews dedicated to volunteering activities during the pandemic; she named another initiative of positive interaction between civil society structures in Russia and Kazakhstan: In the summer of 2020, during the period of a dramatic complication of the epidemiological situation, the “Good Neighborhood” project was implemented: Russian non-profit organizations sent personal protective equipment, medical products, and medicines to the Republic of Kazakhstan.