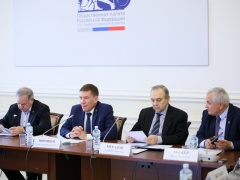 On 1 March, the Civic Chamber of the Russian Federation hosted a round table entitled “The role of civil society in ensuring stability in the Black Sea-Balkan region.” The increased role of public diplomacy in the modern world was noted by the Chairman of the Civic Chamber Commission on Security and Cooperation with Public Supervisory Commissions, Alexander Vorontsov.

“The word ‘security’ means a lot to everyone — everyone wants to live in peace, friendship, and harmony, i.e., safe from external and internal enemies. I hope that today's event will produce recommendations on how to unite the public opinion, public diplomacy in the face of those imaginary and real threats that are now emerging around our country as a whole and its individual entities in particular,” he explained. 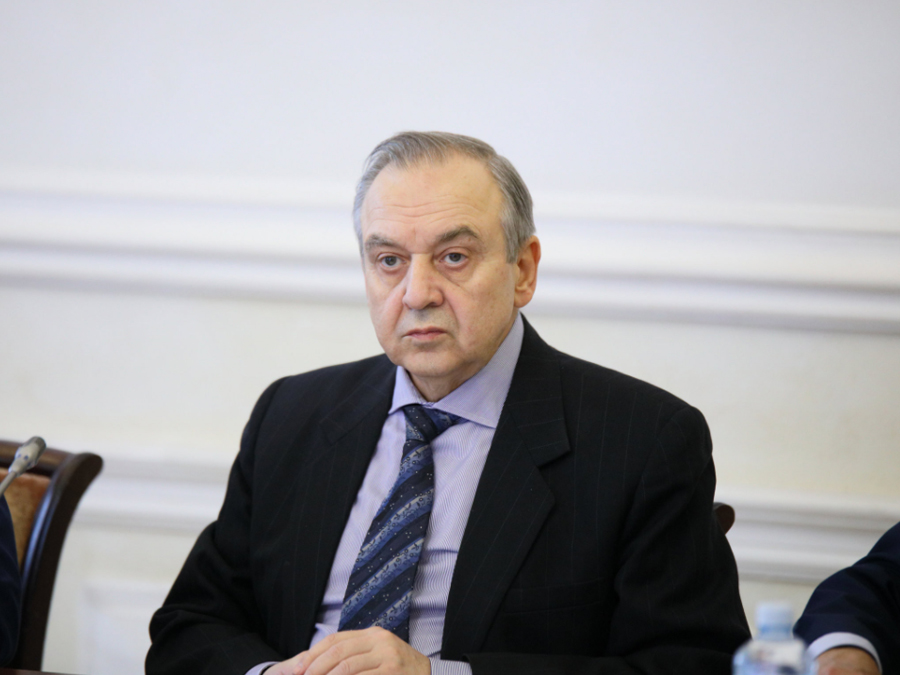 Since the beginning of 2021, the situation in the Black Sea region has been turbulent. Primarily the conflict zone has been taking over the post-Soviet area, the Deputy Chairman of the Council of Ministers of Crimea, permanent representative of Crimea to the Russian President, Georgy Muradov, has said. The geopolitical situation in the region, he reminded, had completely changed by the 2000s, when NATO countries replaced the military and political domination of the USSR and its allies. And today, the Azov direction — the Kerch Strait and the Crimean peninsula — is of particular importance for protecting Russia's interests and the security of its borders.

“A breakthrough to Russia's most important economic and strategic centers — Rostov, Volgograd, Krasnodar — by legitimizing the free passage of NATO warships in the Sea of Azov would lead to irreparable damage to our country's defense capabilities,” Georgy Muradov stressed.

The expert drew special attention to Kiev's attempt to form an anti-Russian coalition of countries to support Ukraine in its confrontation with Russia: the international platform “Crimea Platform” is a well-planned provocation to create a military and political crisis between NATO and Russia. Georgy Muradov is convinced that it is necessary to activate the public forces and movements, people's diplomacy of the regional states to protect peace and regional security against the increase of the NATO member states' military activity. 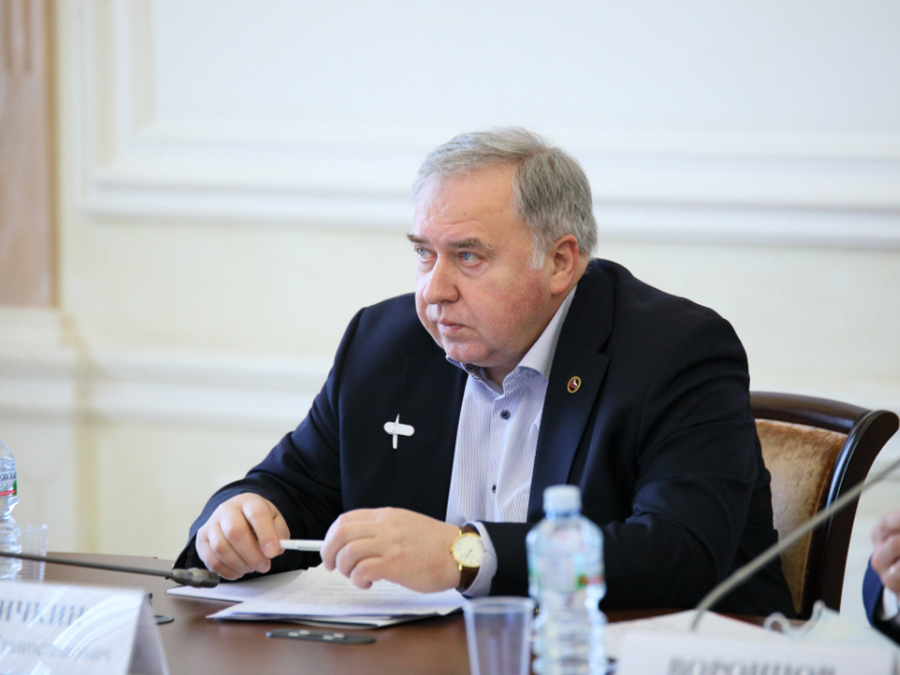 “We are facing a contradiction — on the one hand, there is a population that has always wanted to live together, amicably, on the other hand, there are circles that foster hatred, playing on political and economic difficulties, etc.,” says Mikhail Anichkin, the First Deputy Chairman of the Civic Chamber Commission on Security and Cooperation with Public Supervisory Commissions.

In his opinion, the most important task of today's civil society of all interested countries is to bring to the next generation the knowledge about historical events, about those processes that took place during the formation of territories, the formation of relations between the peoples living in the areas bordering the Black Sea, as well as to develop educational institutions that can help solve these problems.

The topic of reviving the movement for peace, security and cooperation was raised by Zakhari Zakhariev, the Chairman of the “Slavs” Foundation, Chairman of the Bulgarian Federation of Friendship with the Peoples of Russia and the CIS countries. He stressed that the interests of major geopolitical forces collide in the Balkans — on the one hand, the growing ambitions and appetite of the United States, the alarming behavior of Brussels, Britain, and major EU states, and on the other hand, the traditional interests and presence of Russia. Finally, it is the interests of a new player — the People's Republic of China.

Zahari Zahariev argues that the Balkans continue to be a hotbed of tension in world relations, and the role of people's diplomacy is more important than ever in this situation. He explained that this was the reason for the initiative to hold a large international conference on this topic in Sofia and invited experts to participate in preparing this important event.

“We want to take specific steps towards a strong presence of civil society's will in the development of world politics, including security and peace. It is necessary to unite all moods and desires of the society and define real goals which will push world political dialogue in the direction that will guarantee durability and security of peace,” Zakhariev urges. 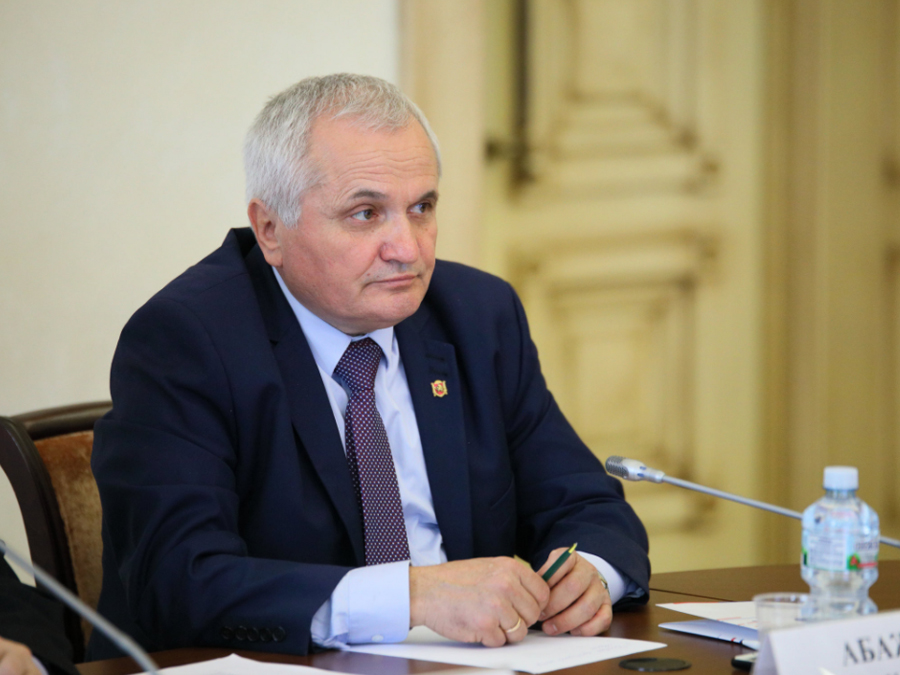 The negative attitude of part of the international community to what is happening in Crimea is often formed not on reliable information, but on the statements of individual political and “public” figures, said Ivan Abajer, the member of the Civic Chamber Commission on Security and Cooperation with Public Supervisory Commissions. For all these years, he stressed, the national cultural public organizations working in the territory of the Republic of Crimea carry out explanatory work, provide accurate information about Crimea through their national cultural autonomies and metropolitan churches.

“I propose to discuss the problem more often and in more detail on the platform of the Civic Chamber and to invite representatives of national and cultural autonomies of federal importance to such events to expand the circle of all-Russian organizations, which, along with organizations located on the territory of Crimea, will be able to work on relations with their partners abroad,” — said Ivan Abajer.

The roundtable participants discussed such issues as the need to preserve the unity of Orthodoxy - the disunity of the church world, according to experts, weakens the ability to confront new spiritual threats and civilized challenges — the possibility of Public Supervisory Commission participation in international humanitarian cooperation, development of youth programs — many errors, ignorance of Russia is typical for the younger generation, — the role of culture as a tool to influence the public and mass consciousness.