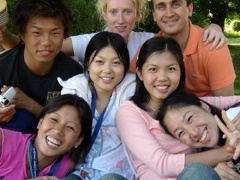 Members of the RF Civic Chamber asked Olga Vasilieva, Minister of Education and Science, to establish under the Russian universities specialized centers providing legal help for foreign students, as well as to create a public receiving office for them. The proposal is stipulated in the letter to the Minister by the Commission on Public Diplomacy and Support for Compatriots Abroad.

«We suggest establishing under the universities specialized centers to provide assistance in solving legal problems of foreign students and creating a public receiving office for foreign students», - the letter to the Minister says.

The Civic Chamber also asked the Minister to elaborate a guide with practical legal recommendations for foreign students, also in English, which would be published at the official website of the Ministry.

Besides that, the Civic Chamber proposed to ensure “English versions of universities’ websites in order to inform students on up to date issues on time” and “to publish on the official website of the Ministry of Education and Science the list of certified organizations that deal with foreign students’ recruitment to Russian universities».

«In our turn, we are ready to take part in practical implementation of such proposals», — says Elena Sutormina, chair of the roundtable, in her letter.